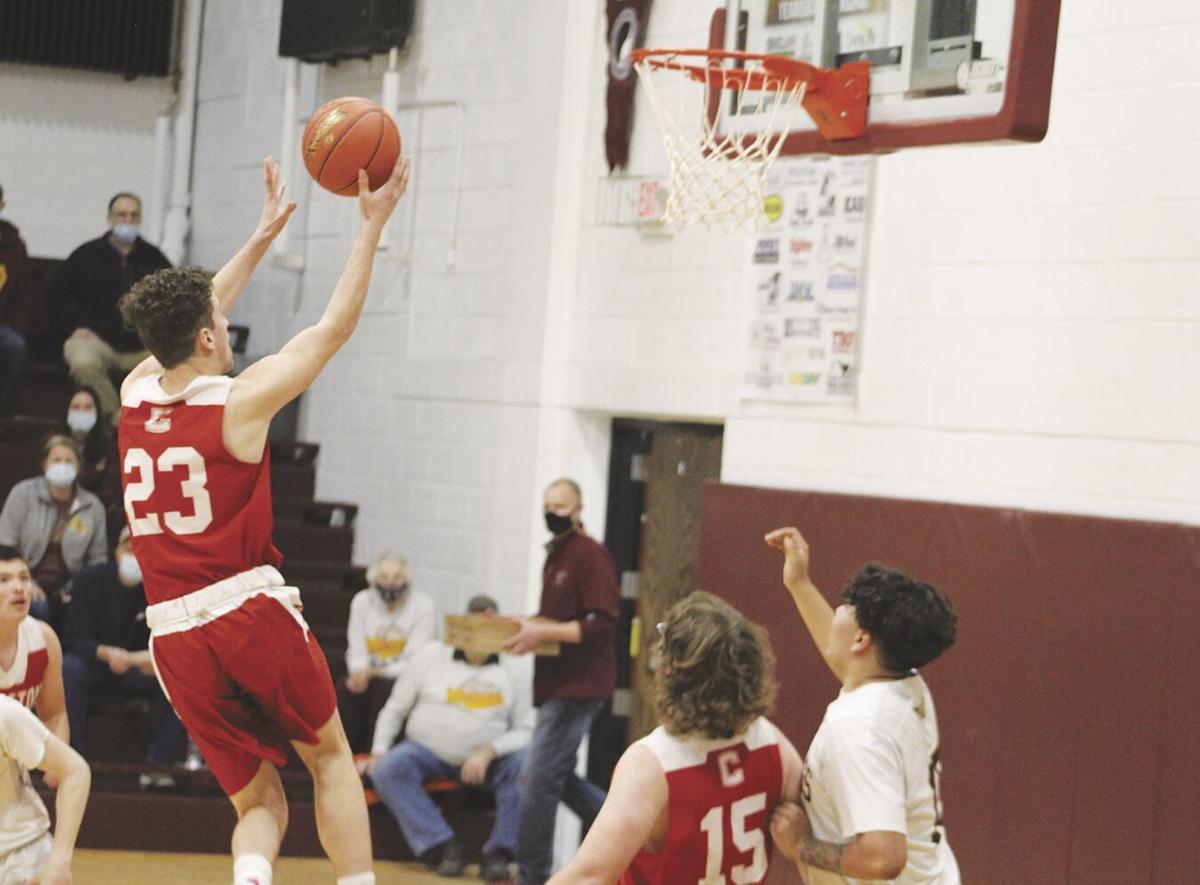 Wyatt Chipp (#23) goes up for a shot in the fourth quarter of the Varsity boys game at Davis County. 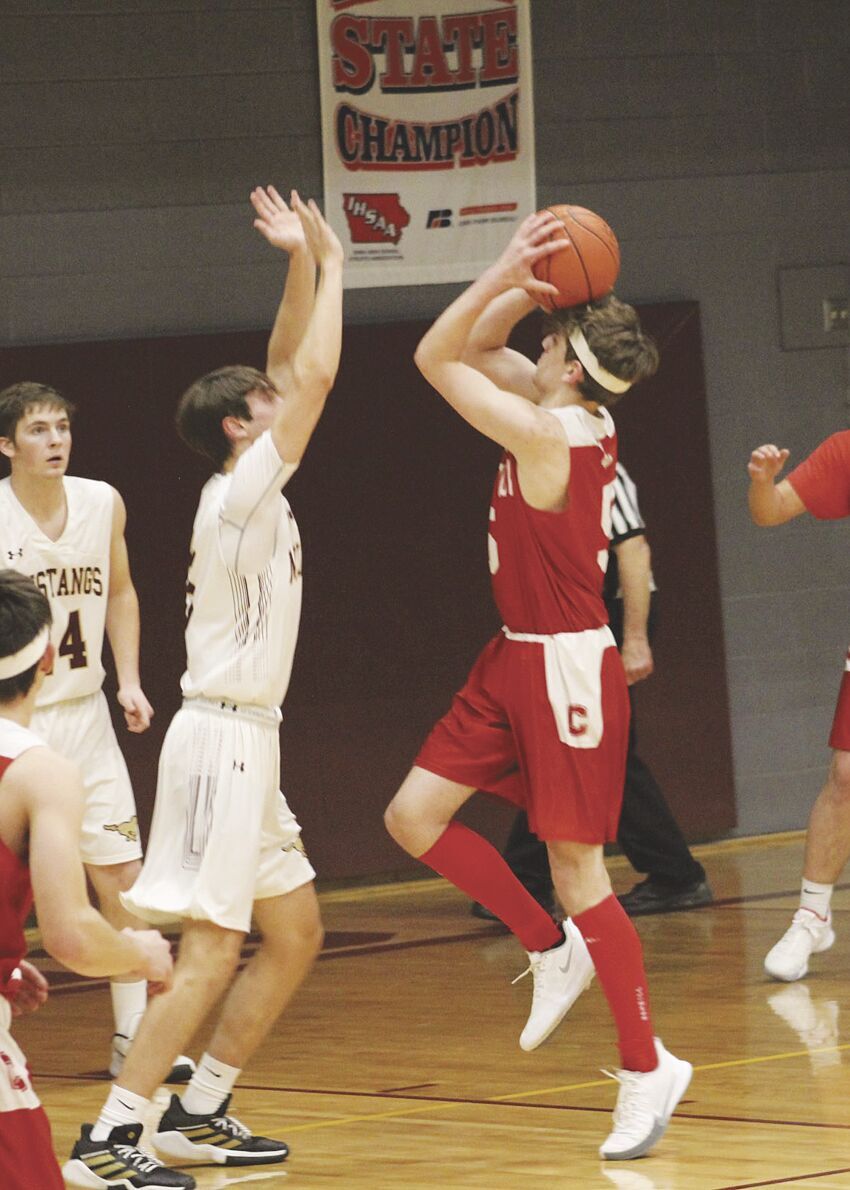 Ian Goben (#5) shoots over a Davis County player in the Varsity boys game at Bloomfield Jan. 8.

Wyatt Chipp (#23) goes up for a shot in the fourth quarter of the Varsity boys game at Davis County.

Ian Goben (#5) shoots over a Davis County player in the Varsity boys game at Bloomfield Jan. 8.

The Chariton Varsity boys basketball team kept showing improvement in a 64-38 loss at Davis County Friday night. After trailing by 20 at halftime, the CHS Varsity boys kept fighting and were outscored by just seven points sin the second half.

With the loss, Chariton moved to 0-5 overall and in the conference.

“I was happy with a lot of things we did tonight, particularly in the second half. Our energy was there throughout the night, but there was a big uptick in both toughness and execution in the second half. Two key areas of focus continue to be rebounding and turnovers. We are capable of playing cleaner basketball and I’m confident as we continue to play together and mesh as a team that will translate to the court. Our rebounding just boils down to us going and getting the ball. We rebounded the ball much better in the second half than we did in the first half, so that was good progress to build on for next Tuesday against Clarke,” Chariton Head Coach Brett Spiker said.

Jeff Choate on leaving Montana State: 'It's been hell of a ride'

Evening up the score: The differences for MU the second time around against Tennessee

Blane Wallace had five rebounds. Alex Bates had three rebounds, one assist and one steal. Max Aulwes had one rebound.