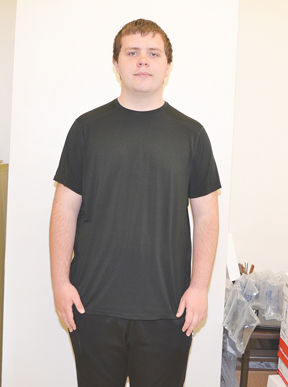 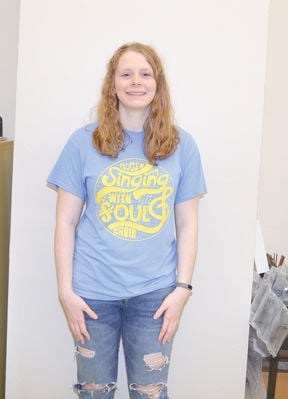 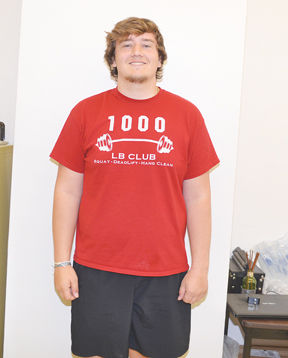 This is a continuation of a series of articles the newspaper is doing about Chariton High School spring sport athletes who are seniors who are unable to participate in spring athletics during their final year due to the coronavirus pandemic.

There will be articles about all the senior spring sport athletes on each week’s sports page from now until they are completed.

This would’ve been Ellis’ fourth year out for golf. He played on JV his first three years and probably would’ve played Varsity this season.

Ellis told what his hopes/goals were coming into this season. “My big goal was to be a good member of the team and to help the new players out,” he said.

Eliis told what he likes most about being out for golf. I like the interactions I get to have with different golfers and just the fun of hitting the golf ball,” Ellis said.

Unfortunately, Ellis said he has not made a hole in one before.

“But I did make a good chip in from a little ways off the green,” he said.

Ellis also gave his thoughts on what kind of team the CHS boys would’ve had this year and about CHS Boys Golf Coach, Ben Schooley.

“I thought we could’ve had a pretty good season. There are different possibilities on how the season could’ve gone. I like Coach Schooley. He’s a great coach and tells a joke when it’s needed or in a little tense situation. He doesn’t take everything too seriously and is more relaxed,” Ellis said.

Ellis told what he missed most about not being able to play golf this season.

Read the May 19, 2020 edition of the Chariton Leader/Herald-Patriot for the rest of the story.

This would’ve been Thatcher’s fourth year out for soccer. She has played on Varsity since her sophomore year and has played forward and different midfield positions.

Thatcher told what her hopes and goals were coming into this season.

Thatcher also gave her take on what kind of team the CHS girls would’ve had this year. “I think we would’ve had a good team, but we had a lot of new people coming in. They would’ve had more learning with it being their first year out,” Thatcher said.

Thatcher also said what she liked most about being out for soccer.

“I’ve met a lot of new people and made new friendships in soccer. I feel like in soccer you work as a team a lot, whereas in the other sports you do individual stuff,” Thatcher said.

Thatcher also said that soccer is exciting to play even when there’s not a lot of scoring going on.

Thatcher also likes both CHS girls soccer coaches, Dennis and Andrew St. Lawrence. “They don’t just teach us soccer, but also different life lessons that will help us in the future,” Thatcher said.

Thatcher also told about what she misses most about not being able to play soccer this season.

“I wanted to achieve new goals and to score more. I feel like I would’ve made more friends because there were new people coming in,” she said.

Read the May 19, 2020 edition of the Chariton Leader/Herald-Patriot for the rest of the story.

Riley Reece reflects on his track career at CHS

This would’ve been Reece’s fourth year out for track. He competes in the shot put and discus and was on Varsity all four years at CHS. During his high school career, Reece didn’t quality for the State meet in Des Moines.

Reece gave his hopes/goals heading into this season.

Reece said he loves both CHS boys track coaches, Josh Snook and Curt Smyser. “”They’re good guys to be around. A lot of guys consider them to be good friends outside of sports,” Reece said.

Reece placed eighth overall in the discus at last year’s South Central Conference meet in Chariton. He has won the discus at different meets in the past.

Reece said the conference meet is his favorite and told why. “I just like competing against schools around us instead of schools that aren’t in our district or conference,” Reece said.

Reece told what he liked most about being out for track. “I like the competition and seeing my friends from other schools at meets,” he said.

Reece also said what he misses most about not being able to compete in track this season.

“I definitely miss being around the guys and coaches. We always have a good time,” he said.

Read the May 19, 2020 edition of the Chariton Leader/Herald- Patriot for the rest of the story.