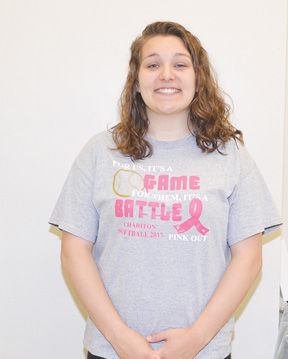 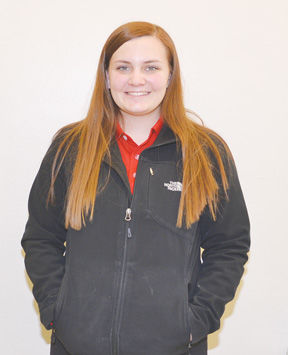 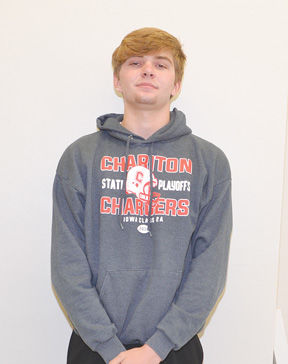 This is a continuation of a series of articles the newspaper is doing about Chariton High School spring sport athletes who are seniors who are unable to participate in spring athletics during their final year due to the coronavirus pandemic.

There will be articles about all the senior spring sport athletes on each week’s sports page from now until they are completed.

This would’ve been Rodgers third year out for golf. She had played on Varsity her sophomore and junior years.

Rodgers told what her hopes/goals were coming into this season. “My personal goals were to beat my previous scores and I would’ve liked to try to make it to State,” Rodgers said.

Rodgers also said the CHS girls would’ve had a good team this year with a number of girls returning including herself, Demi Bingham, Tenley Williams, Bethany Fejeran, Brenna Shriver, and one new player, Virginia Smith.

Rodgers told what she liked most about golf.

“I love the fact that you can improve yourself individually even though it’s a team sport. I love my team members because they’re literally hilarious. I also like that we never had to run at practice,” Rodgers said.

Rodgers also said that she loves her coach, J.J. Stout. “He’s a really experienced golfer and knows how to fix what you’re doing wrong with your swing and he can also tell you the right way to stand. Plus, he’s really funny and really chill,” Rodgers said. Chill as an adjective that means very relaxed and easy going.

In terms of favorite courses, Rodgers said that she likes Newton’s golf course a lot. “It’s really nice,” she said.

Read the May 12, 2020 edition of the Chariton Leader/Herald-Patriot for the rest of the story

Swarthout reflects on his track career at CHS

Chariton High School Senior Will Swarthout is a member of the Chariton boys track team.

This would’ve been Swarthout’s fourth year out for track and his fourth year on Varsity. The main event Swarthout runs in is the 400 meter dash and he also runs in the distance medley and the 4 x 400 relays.

Swarthout has not qualified for State in his past three seasons but he was an alternate on the CHS boys’ distance medley qualifying team last year.

Swarthout told what his main hopes/goals were coming into this season. “Our goal as a team this year was to get our 4 x 400 and distance medley teams to the State meet this year,” Swarthout said.

Swarthout also told what he likes most about being out for track.

“The coaches, Josh Snook and Curt Smyser, both make it really fun and they both do a good job.. I also just enjoy competing in races with my friends,” Swarthout said.

Swarthout also said that his favorite meets are the meets in Chariton. “I enjoy the home meets the most because you only get one home meet per year and there’s usually a lot of people watching at our home meets,” Swarthout said.

Swarthout told what he misses the most about not being able to participate in track this year. “I just miss being able to be with all my friends and coaches and getting better everyday. I also miss that we would’ve had a couple of teams that had a good chance to go to State this year in the 4 x 400 and distance medley relay,” he said.

Along with track, Swarthout also plays football and basketball for CHS. He said he likes all three sports the same and doesn’t have a favorite. He is also not planning to play any sports in college.

Read the May 2, 2020 edition of the Chariton Leader/Herald-Patriot for the rest of the story.

Amara Fisher reflects on her track and field career at CHS

This would’ve been Fisher’s fourth year out for track. She throws the shot put and discus for CHS and occasionally runs in the 4 x 200 relay. Fisher has competed on Varsity track for Chariton since she was a freshman.

Fisher is two-time South Central Conference girls discus champion, having placed first in the girls discus event at the conference meet each of the past two years at Clarke. She did not qualify for State in the shot put or discus during her high school career.

Fisher told what her hopes/goals were coming into this season.

“My goal was to get over 100 feet throwing the discus. My hope is to always have a supportive team that always has your back,” Fisher said.

Fisher told what she likes most about being out for track.

My favorite thing about track is always having new people come out and teaching them how to do certain things like handoffs or how to throw the discus and shot put,” Fisher said.

The conference meet at Clarke is Fisher’s favorite meet to compete at, having won the discus there each of the past two years.

Fisher also likes her coach, Bob Cain, who the Chariton track is named after.

“I love that he’s always there to teach you on how you can do different things and how you can always use your body to have more momentum,” Fisher said.

Fisher told what she misses most about not being able to participate in track this year.

“I miss not being able to have the opportunity to be a part of a great team and to be out for track for my last year of high school. We would’ve had a great team this year with a lot of experience returning,” Fisher said.

Fisher is also out for softball where she plays first and third base. She said softball is her favorite sport. She was also a manager for the Chariton girls cross country team.

Read the Chariton Leader/Herald-Patriot for the rest of the story.