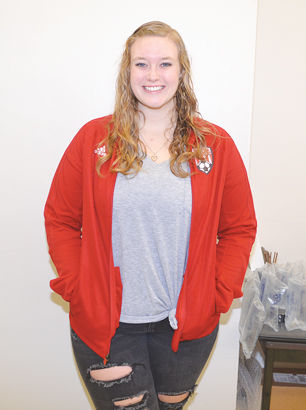 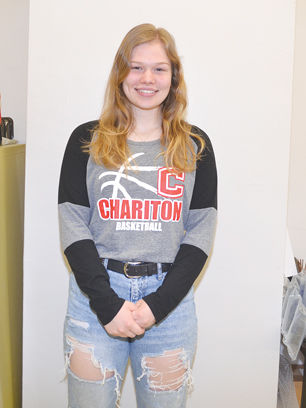 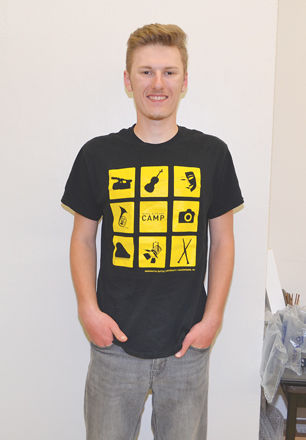 This would’ve been her fourth year out for soccer. She has been a defender each of the three years she has been out and she has played on varsity for three years and started for two of those years.

Mackey was also out for volleyball this past fall but said that soccer is her favorite sport. She was also the 2019 Chariton High School Homecoming Queen.

Mackey told about what her hopes/goals for this season were.

“I was hoping that we would have a good year and a good team that was ready for the season. I was hoping to get better each day as well. I was also hoping it would get me ready for Grand View University because I’ll be playing soccer there this fall,” Mackey said.

Mackey will be attending Grand View University in Des Moines on both a soccer and an academic scholarship. She will be a defender at Grand View as well and said that their soccer program plays mainly in the fall and a little bit in the spring.

This would’ve been her fourth year out for high school tennis. She played tennis in ninth and 10th grade in Osage, Iowa, and the last two years she has played in Chariton. Williams moved to Chariton at the start of her junior year.

This would’ve been Williams’ third year of playing varsity tennis including in 10th grade at Osage and 11th grade at CHS.

Williams told what her hopes/goals for this season were.

“My goal was to be the #1 player on varsity, which is my goal every year. I was also going to try to get to State in singles play or in doubles playing with Paige Farrell,” Williams said.

Williams told what she likes most about tennis.

“I like everything about it. The people, including the opponents, are very nice, and it’s very competitive,” Williams said.

“I’ve always wanted to play tennis. I’ve always thought of myself as the third Williams sister along with Serena and Venus Williams, the two professional women’s tennis players,” Williams said.

Williams told what she misses most about not being able to play tennis this year.

Senior Daniel Wilhite is a member of the Chariton boys soccer team.

This would’ve been Wilhite’s third year of playing soccer at CHS. He didn’t play his freshman year because his family moved here that winter and he played in 10th and 11th grade.

Wilhite is a midfielder for the CHS boys soccer team and in both previous years he played JV and was on the Varsity roster. He has also played basketball for CHS.

Wilhite told what his hopes and goals for this season were.

“I was really looking forward to trying to step into a leadership position to be more of an example to the younger guys. I was excited to get to start and be able to play more,” Wilhite said.

Wilhite said soccer is his favorite sport and told what he likes most about it.

“It’s different from every other sport because you can play really good and play great defense, but the game may not be decided until the very end,” Wilhite said.

Wilhite said he likes the CHS boys soccer coaches, Cole and Jay Pierschbacher. “They’re fun and different and a I have a lot of fun with both of them,” Wilhite said.

Wilhite said what he misses most about not being able to play soccer this year.

“The daily practices were what I was really looking forward to along with getting out to play everyday and also Senior Night,” Wilhite said.