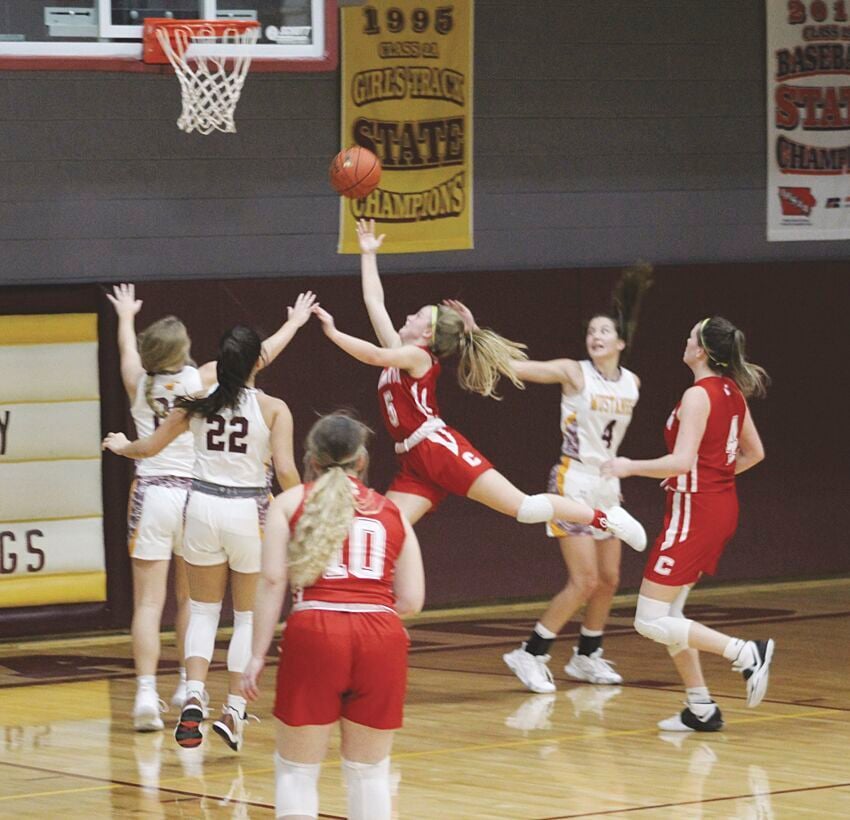 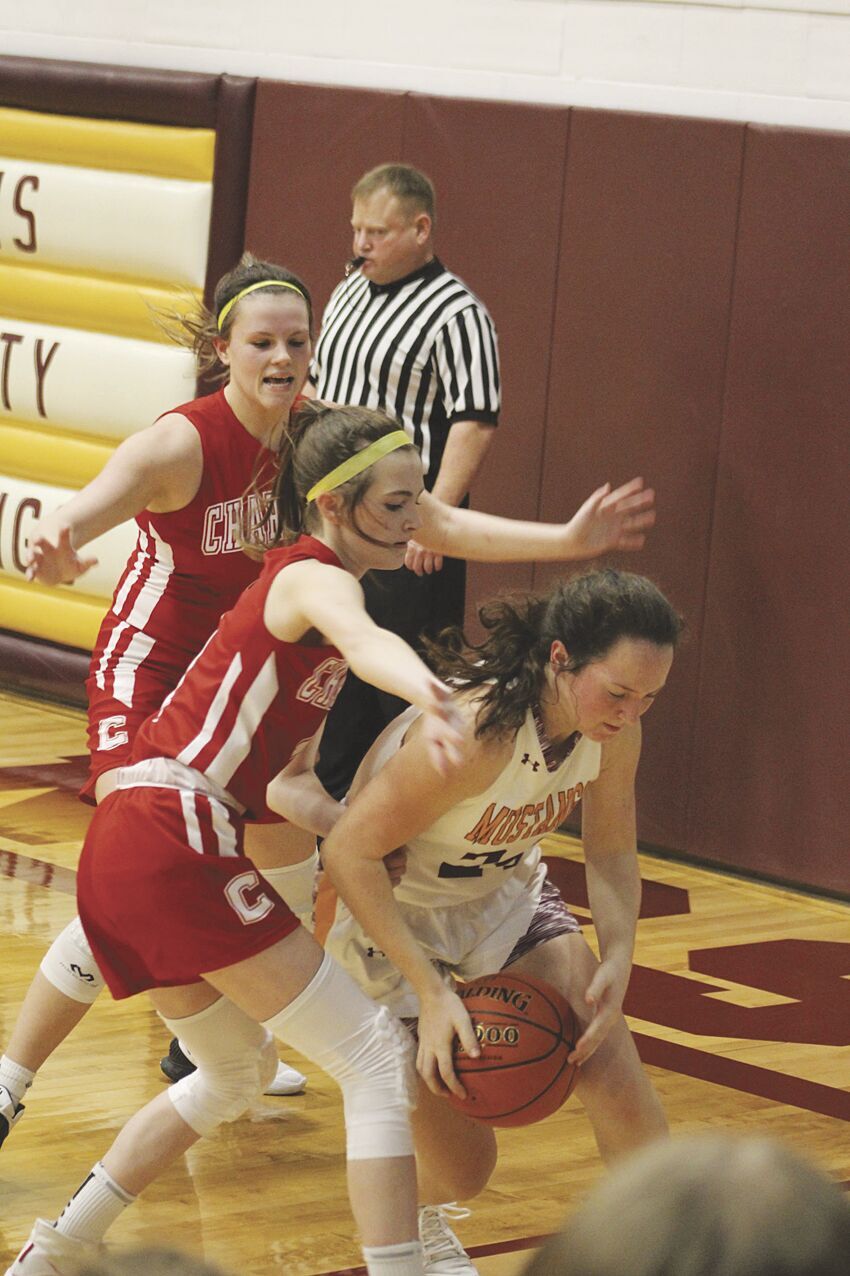 Avery Hall (back) and Emma Rector (middle) trap a Davis County player during the Varsity girls game at Bloomfield Jan. 8.

Avery Hall (back) and Emma Rector (middle) trap a Davis County player during the Varsity girls game at Bloomfield Jan. 8.

A good start and clutch free throw shooting late were keys in the Chariton Varsity girls’ 65-52 win at Dais County Friday night. The Lady Chargers overcame early foul trouble and used a strong fourth quarter to pull away and get the win.

The win was the second in a row for Chariton, who moved to 3-3 overall and 2-3 in the South Central Conference.

Lexi Smyser, Abby Tuttle, McKenzie Snook and Macy Wood each collected two early fouls. After the hot start and early foul trouble Davis County caught up and led 13-12 after one period. The Lady Mustangs outscored Chariton 16-12 in the second period and led 29-24 at halftime.

“Davis County is a tough place to win. We weren’t getting any breaks early but the girls kept playing. Avery Hall had a solid game and McKenzie Snook had another solid game as well,” Coach Lee Sandy said.

Jeff Choate on leaving Montana State: 'It's been hell of a ride'

Evening up the score: The differences for MU the second time around against Tennessee

Coach Sandy also said there was a big foul disparity in favor of Davis County in the first half.

Doran led Chariton with 23 points to go along with three assists. Hall had a double-double with 16 points and a team-high 12 rebounds. Snook had 12 points, eight rebounds, three steals and two blocks.

Abby Tuttle had seven points and three steals. Rector, Smyser and Wood each had two points apiece. Caci Goldensoph had one point.