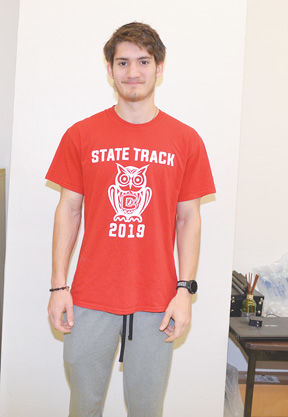 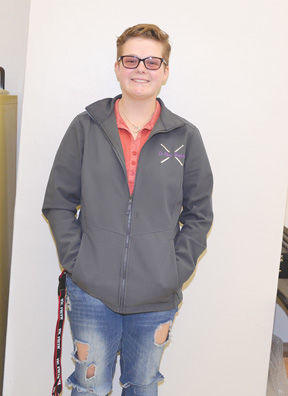 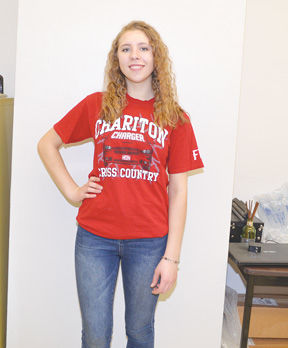 Editor’s Note: This is a continuation of a series of articles the newspaper is doing about Chariton High School spring sport athletes who are seniors who are unable to participate in spring athletics during their final year due to the coronavirus pandemic.

This would’ve been Goben’s fourth year out for track. He ran Varsity for Chariton each of the last three years.

Goben runs in the open 4 x 800 meter relay and the one-mile or 1,600-meter run. He has been a member of two State qualifying 4 x 800 relay teams in 2019 and 2017. The Charger boys 4 x 800 team was the conference champions at last year’s conference meet. The Charger 4 x 800 team also finished in the top three at conference when Goben was a freshman.

Goben told what his hopes and goals were heading into this season. “I was really hoping to continue this track season so I could go back to State again because we had a really good chance with the people we had coming back,” Goben said.

Goben said he likes both of the track coaches, Josh Snook and Curt Smyser. “Coach Snook is always ready to have fun and joke about something. Coach Smyser’s always there to throw some sarcastic remarks between the two of them,” Goben said.

Goben said his one of his favorite meets is the Eddyville meet. “Eddyville is always interesting because there’s always some type of weather issue going on when we’re there,” Goben said.

Goben told what he misses most about not being able to participate in track this season. “I miss the friendships you having during the season and the challenge of trying to meet the goals I have at every meet,” he said.

Read the May 26, 2020 edition of the Chariton Leader/Herald-Patriot for the rest of the story.

Bingham reflects on her golf career at CHS

Wyoming home football game against Utah is off due to pandemic

This would’ve been Bingham’s fourth year out for golf and she has played Varsity the past three years.

Bingham told what her hopes/goals were coming into this season. “I was hoping to be able to make it to State with the rest of the team this year. I also hoped to make all-conference as well,” Bingham said.

Bingham said what she likes most about being out for golf is the team. “It’s pretty close. They know how to make you laugh. They also know how to cheer you up on a bad day,” Bingham said. She also said that the team gets along well together.

Bingham also said she likes CHS girls golf coach J.J. Stout. “He’s funny. He does a good job of teaching the game. He knows how to help when you’re doing something wrong and how to connect one on one with you,” Bingham said.

Bingham said Albia’s course is her favorite course to play on. “My grandpa, David Williams, taught me how to play on that course,” Bingham said.

Bingham said Honey Creek is her least favorite course to play on. “It’s long and has a lot of up and down hills,” she said.

Bingham said she’s made a hole and one before when she was playing with her Grandpa Williams when she was younger. She doesn’t remember how old she was at the time but said it was at Albia’s course.

Bingham said what she misses most about not being able to play golf this year. “I miss the girls and being around the team. We would’ve had a really good team this year. I also miss playing Best Ball, which is when you all hit a ball and whoever’s bal goes the farthest, you hit that ball next,” she said.

Read the May 26, 2020 edition of the Chariton Leader/Herald-Patriot for the rest of the story.

Chariton High School Senior Deanna Primakov is a member of the Chariton girls soccer team. This would’ve been Primakov’s second year out for soccer. She was out last year as a junior and played as a midfielder on JV. She thinks she would’ve played Varsity this season as either a midfielder or a forward. Primakov didn’t score any goals last season. Primakov told what her hopes and goals were heading into this season. “I wanted to win at least a few games and to get better at the sport of soccer,” she said. Primakov told what she likes most about soccer. “I like that it’s exciting and that you’re running a lot. It’s pretty competitive and I like the competition,” she said. “I think we would’ve had a good team this year. We get along well and most of my friends play soccer,” Primakov said. Primakov said she likes both girls soccer coaches, Dennis and Andrew St. Lawrence. “They’re pretty cool and great. They’re pretty inspiring and encouraging and they try to motive you,” Primakov said. Primakov said what she misses most about not being able to play soccer this year. “I miss not being able to play with my friends and compete at soccer,” she said.

Read the May 26, 2020 edition of the Chariton Leader/Herald-Patriot for the rest of the story