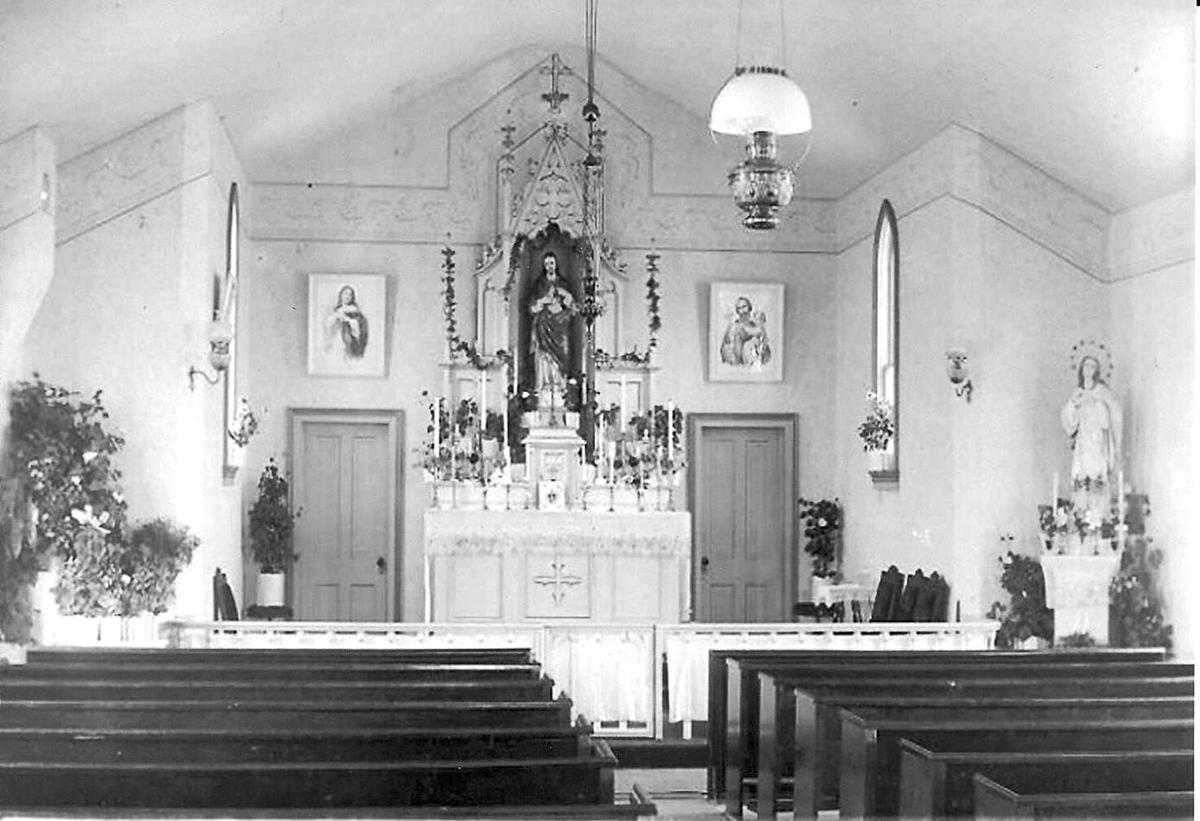 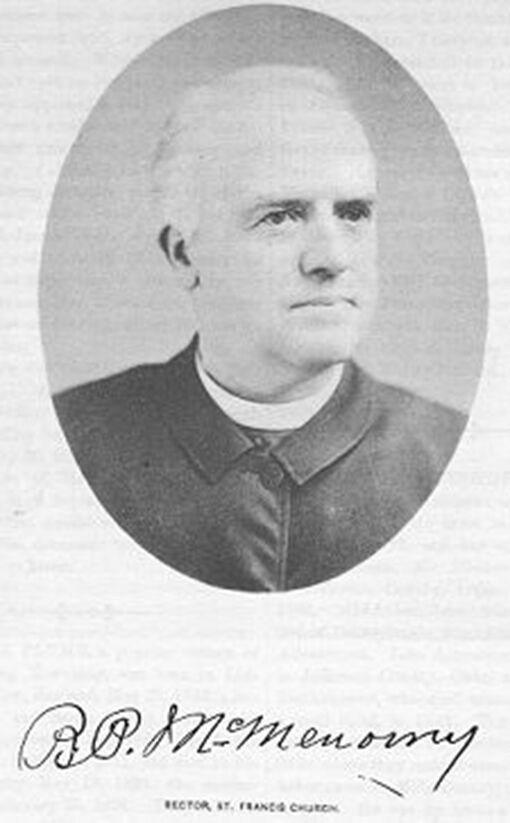 Fr. Bernard P. McMenomy is the priest who had St. Mary's built in 1869 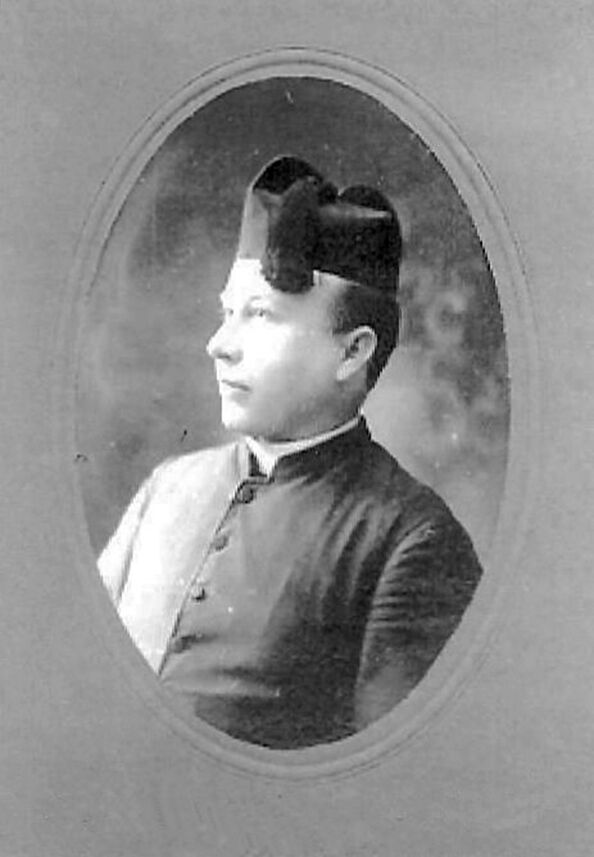 Fr. James McGillin is the priest who had Sacred Heart built in 1915 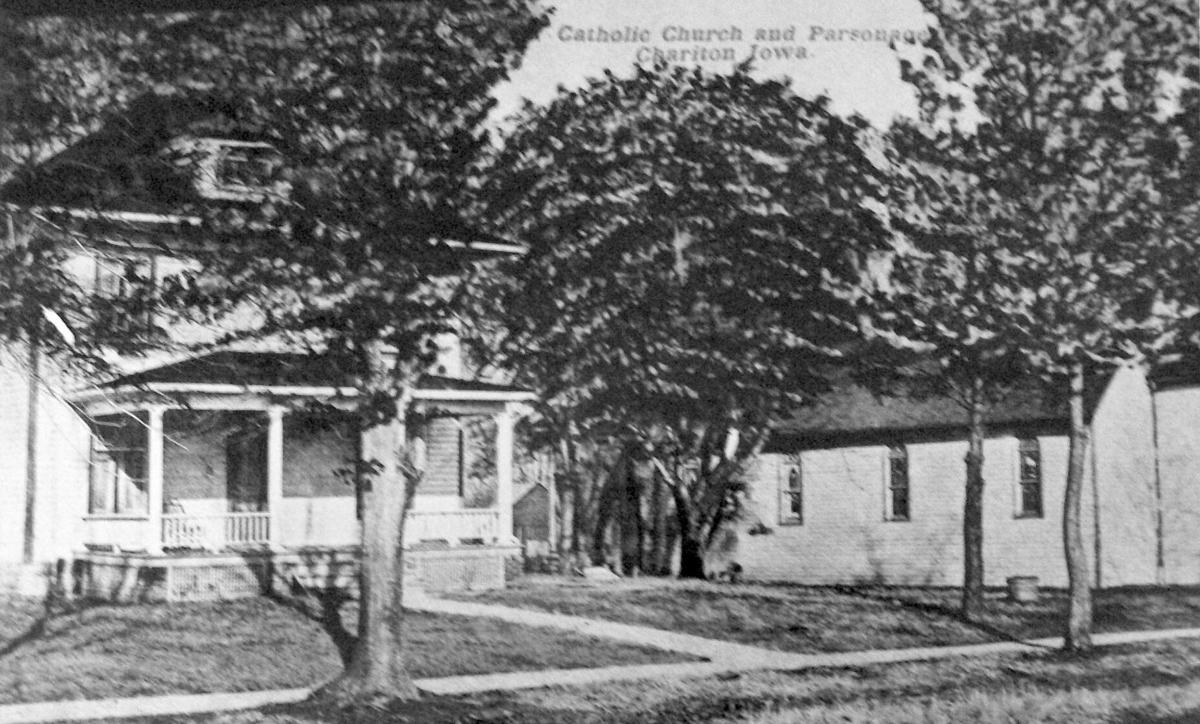 Fr. Bernard P. McMenomy is the priest who had St. Mary's built in 1869

Fr. James McGillin is the priest who had Sacred Heart built in 1915

As early as 1855, Catholics were worshipping in Chariton as a parish known as St. Anne’s. These early parishioners had no formal building to use and were only able to celebrate the sacraments when a priest was in town.

In 1869, St. Mary’s Catholic Church was built in the 1300 block of Brookdale Avenue. The Rev. Bernard P. McMenomy of Georgetown was the priest who organized the construction along with parishioners John Welch, Nicolas Leinen, James Supple, James Gallagher, James Sullivan, Patrick Carey, Timothy Lyons, James and William Crosby, Patrick Kinney, Mr. Reynolds, Mr. Mullen and Joseph Maniett. An ad was placed in the Chariton Democrat dated Tuesday, Aug. 10, 1869, requesting proposals to build the church “40 x 25 feet, walls 12 feet high and steep barn siding, dressed and stripped, without lining or plaster, and on the same plan of the Episcopal Church (except chancel).” Pledges were made and festivals were held to pay for the new church that at its completion, cost about $1,500.

The Rev. McMenomy left Georgetown in 1870, and St. Mary’s was then served by missionary priests from St. Patrick’s Church in Georgetown and then St. Joseph’s Church in Bauer. Masses were often held only monthy when a priest was visiting Chariton.

The Rev. Edmund Hayes was the first Catholic pastor to reside in Chariton but also served the churches in Osceola, Woodburn, Leon, Olmitz, Tipperary and Williamson. In 1878, he purchased the home of D. M. Thompson for use as a rectory as well as three empty lots on Orchard Avenue, near Seventh Street, for $1,900, with plans sometime in the future to build a church and a school. In the meantime, it was decided that the floor of St. Mary's was unsafe and the church was to small, so the building was jacked up, put on rail ties to be used as skids and moved by horses to the empty lot near the rectory on Orchard Avenue, for a cost of $100. A hitching post was built on the empty lot between the rectory and church, and the church was then reinforced, enlarged and remodeled. It could now hold 150 people and was valued at $2,000. By 1881, the membership of St. Mary’s parish had grown to an estimated 300-400 people.

St. Mary’s Church was fitted with stained glass windows in July 1901. Through many fundraising efforts, the church was finally debt free and the parishioners hoped to realize Rev. Hayes’ dream to replace the old church with a new one in the near future. In 1905, the Rev. Richard Aid was busy improving St. Mary’s Church and rectory. In an article in The Iowa Catholic Messenger dated May 28, 1905, we read that, “A foundation has been put under the church, the altars have been painted in enamel gold, the whole property has been repainted without, and a new porch and side walk has been added, so that its well kept lawn and property now presents a very neat appearance. The painting was done by Mr. Peter Adams and speaks well for his ability. Father Aid has labored hard to accomplish these much-needed improvements, and in it he was assisted materially by some of his non-Catholic admirers.”

In 1910, Herman J. Steinbach purchased land on the corner of Main Street and Auburn Avenue from the Mallory Estate. He donated the land to the parish in 1914 with the condition that the parish raise $10,000 to build a church.

Under the guidance of the Rev. James H. McGillin, excavation on Sacred Heart Church began in May 1915 and it was estimated that it would take at least six months to complete the build. Eric Johnson, of Chariton, was hired to build the 80 feet long by 50 feet wide and 35 feet tall structure for $13,000. This cost did not cover any interior fixtures or windows. Donations came later to pay for the fixtures including new windows at $70 each.

General's response to Gaetz's question leaves him shaking his head

On Sept. 9, 1915, the cornerstone to Sacred Heart Catholic Church was laid. The dedicatory ceremonies were performed by the Rt. Rev. Bishop Dowling, assisted by the Rev. McGillin. Chariton Mayor J. C. Copeland spoke and many priests from surrounding parishes attended the ceremony.

The church is built of pressed brick and is trimmed with Bedford stone. It has a full-size basement with a kitchen that served as a parish hall until the current hall was built in 1965. The St. Cecelia window was donated by the young members of the parish. They raised the money by pasting a picture of the church onto broken shingles and sold them for 10 cents each. Two of the new windows were donated by former priests, one by the St. John the Baptist Society No. 48 First Catholic Slovack Union, and another by the members of the Croatian Lodge. Mr. and Mrs. William Lyons donated The Agony of Jesus window. Sadly, the names of the other donors can no longer be read.

The altars were shipped in from Italy with the main altar being donated by Herman and Anna Steinbach and family. One side altar was donated by James and William Lyons and the other donated by J. C. Kinney and Lawrence McCann.

St. Mary’s Church and rectory were sold to Samuel Neptune for $5,270 and the money used on the new church. The bell, the St. Anthony statue in the back of the church, and the Sacred Heart of Jesus statue in the Parish Center were salvaged from St. Mary’s Church. The eight stained-glass windows that were originally installed in St. Mary’s were removed and built into Sacred Heart. Three were added to the belfry and the remaining five were added to the West and North sides of the church.

Many renovations have taken place over the years, with the final major renovation done in 1999. At that time, the mahogany paneling, installed in the sanctuary in the 1960s, was removed, the sanctuary floor was leveled, and new carpet was installed. Conrad Schmitt Studios, a design firm from New Berlin, Wisconsin, was hired to complete the restoration. Among the work done was a custom-designed stencil at the top of the walls, custom-painted angels (replicated from earlier pictures) that flank each side of the sanctuary arch, repainting the frames of the Stations of the Cross, and marbleizing the columns in the sanctuary. In January 2020, Bovard Studio from Fairfield began restoring the windows. Initially the plan was to restore the windows in three phases as the money was raised; however, the church was able to raise all of the $120,000 needed and the restoration was completed within six months.