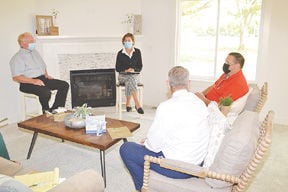 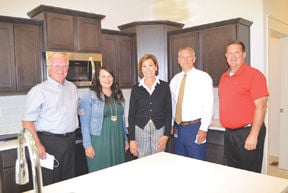 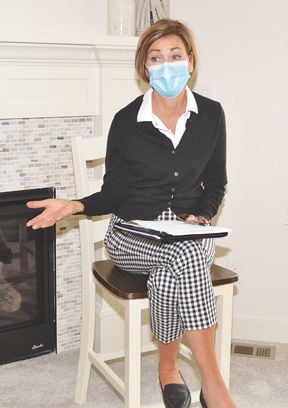 Iowa Gov. Kim Reynolds (pictured) speaks during the meeting about the Chariton home development in the home at 1112 N. 17th St. in Chariton Thursday afternoon. 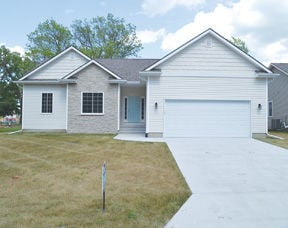 Iowa Gov. Kim Reynolds (pictured) speaks during the meeting about the Chariton home development in the home at 1112 N. 17th St. in Chariton Thursday afternoon.

Iowa Governor Kim Reynolds was in Chariton this past Thursday afternoon to tour one of the homes that’s part of a new housing development being done here by Ground Breaker Homes out of Clive in partnership with the Lucas County Development Corporation (LCDC).

The home Gov. Reynolds went through is at 1112 N. 17th St., which is over by the high school football field and baseball field in northwest Chariton. It’s a Ranch select model home with a main floor and an unfinished basement. It has three bedrooms and two bathrooms and the main floor and basement are each 1,396 square feet in size.

According to a news release, Gov. Reynolds and the Lucas County officials were also touting the benefits of a public-private partnership to bring more housing in rural Iowa communities. Through public private partnerships, Ground Breaker Homes has embarked on building housing in rural Iowa communities, which desperately need homes to attract and retain workers, and secure more economic development projects.

Read the July 14, 2020 edition of the Chariton Leader/Herald-Patriot for the rest of the story.