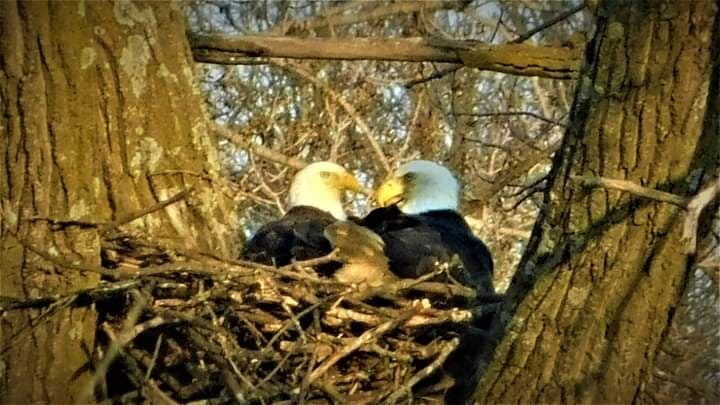 Bald eagle father Theodore is on the left while mother Lulu is on the right with a part of baby Hope’s fuzzy wing between them. 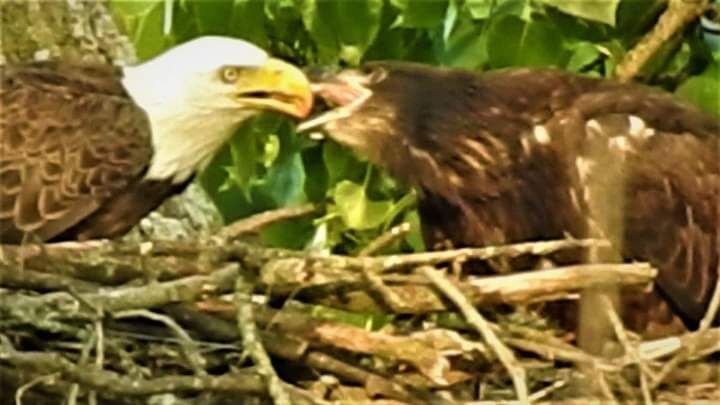 Mother bald eagle Lulu is pictured on the left with baby Hope on the right. 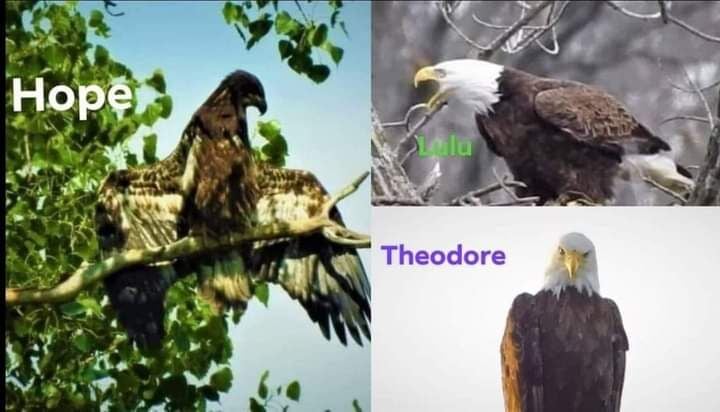 Pictured is a photo collage with bald eagle parents Theodore and Lulu and baby Hope. 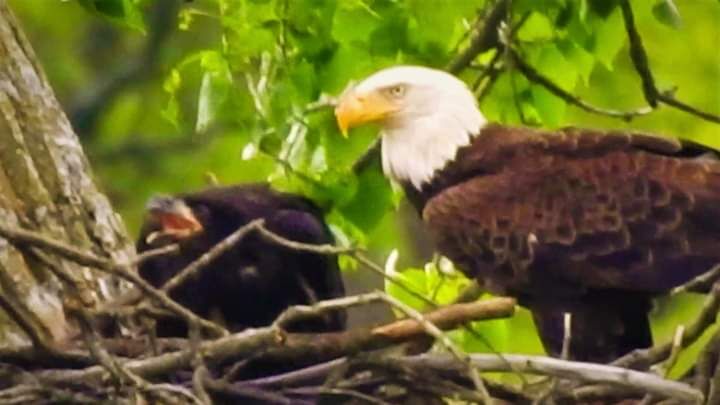 Mother bald eagle Lulu is pictured on the right and baby Hope is on the left.

Bald eagle father Theodore is on the left while mother Lulu is on the right with a part of baby Hope’s fuzzy wing between them.

Mother bald eagle Lulu is pictured on the left with baby Hope on the right.

Pictured is a photo collage with bald eagle parents Theodore and Lulu and baby Hope.

Mother bald eagle Lulu is pictured on the right and baby Hope is on the left.

Through the birth of a beautiful baby bald eagle named Hope, an interesting and entertaining new event in Lucas County has been born. The event is the First Annual

Jay Smith of Chariton is the man who is putting on this event, which was inspired through the birth of Hope. On Friday night, June 18, Smith will be showing a one-hour documentary at Yocom Park in Chariton called “The Story of Hope.”

The documentary also covers how Lulu fed Hope and how Hope learned by watching Theodore and Lulu.

“Theodore spent most of his time babysitting Hope in the nest while Lulu hunted and stretched her wings. During the time they were laying on the egg, Lulu spent most of her time on the egg before it was hatched. After it was hatched, it was Theodore’s prime duty to stay with Hope,” Smith told the newspaper in an interview Friday morning.

Theodore and Lulu’s nest is located on property about a mile south of Chariton and just east of Highway 14. Bill and Barb Shelton owned the property and the nest has been there since 2015.

The bald eagle is no longer an endangered species, but they’re still federally protected and people are not allowed to disturb the nesting area.

Theodore or “Theo” as he’s also known and Lulu had twins this year named Dorothy and Leo. They’re both adorable like Hope and they’re both doing well. Smith said there are at least six active bald eagle nests in Lucas County.

LA sheriff doubles down on why he won't enforce mask mandate

On Thursday, June 17, Friday, June 18 and Saturday, June 19, there will be a tent set up by the boat launch at Lake Morris that will have information and maps for eagle and bird watching tours. There will also be information there on bicycling, hiking and horseback riding trails in Lucas County.

On Saturday, June 19, a good old-fashioned car hop will be held in the Court Avenue area of Chariton. DJ John Flattery of Albia will be playing music there from 3 p.m. to 6 p.m. on Saturday the 19th and people can pull their cars in and listen to the music and make requests and enjoy some ice cream as well.

After the car hop, from 7-9 p.m. there will be a free concert held at the Lucas County Fairgrounds in Chariton where the band Train Wreck will be performing. People can drive over to the concert following the car hop if they wish.

The Lucas County Fair Association Board is putting on the concert at the Fairgrounds, not Smith. He’s just trying to help possibly bring more people to the concert with the car hop.

On Father’s Day, Sunday, June 20, a car, truck and motorcycle show will be held on the Chariton square from 8 a.m. to 3 p.m. If people want to register their vehicle, the people in charge of the show are requesting two non-perishable items and a freewill donation to the local food pantries.

If people register for the show, then at 2 p.m. they will have a chance to win one of four $100 cash prizes.

Camping and fishing will be available during Eagle Days with the facilities that are available at Red Haw State Park and Stephens State Forest.

Through holding this event, Smith is bringing the community together. “I’m trying to bring back attention to the recreation areas in the county and getting people to use them more,” Smith said.

For more information about Eagle Days of Lucas County, people can e-mail Smith at kanahoewolves@gmail.com.