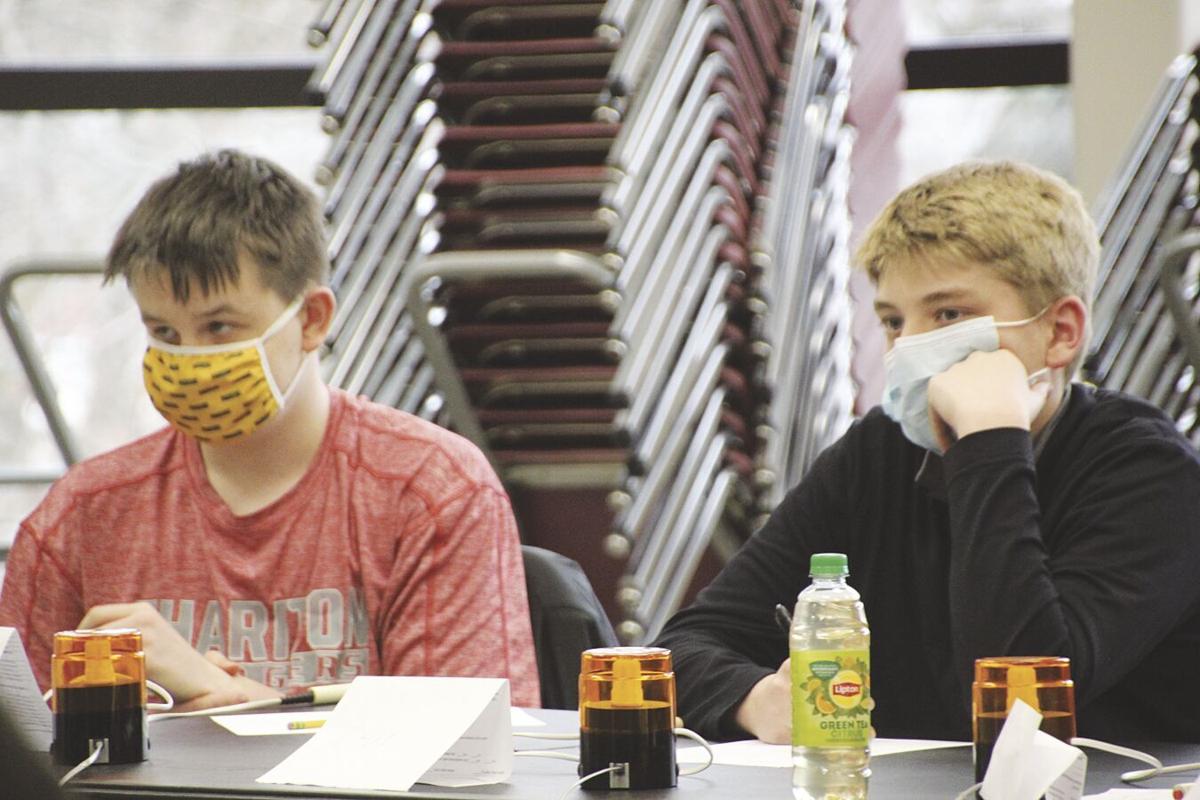 Aiden Burbridge (left) and Mitch Swarthout (right) listen to a question during the South Central Conference Academic Meet at Chariton High School this past Wednesday. 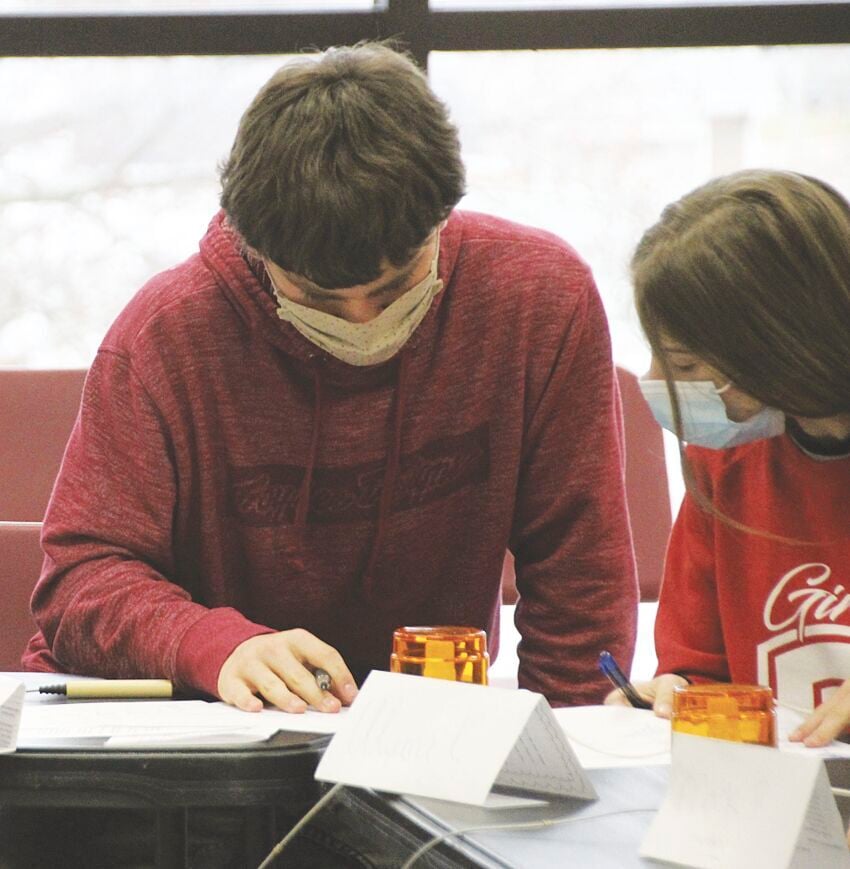 Dicen Blum (left) and Ulyana Kutsel (right) work together during the SCC Academic Meet at Chariton High School this past Wednesday. 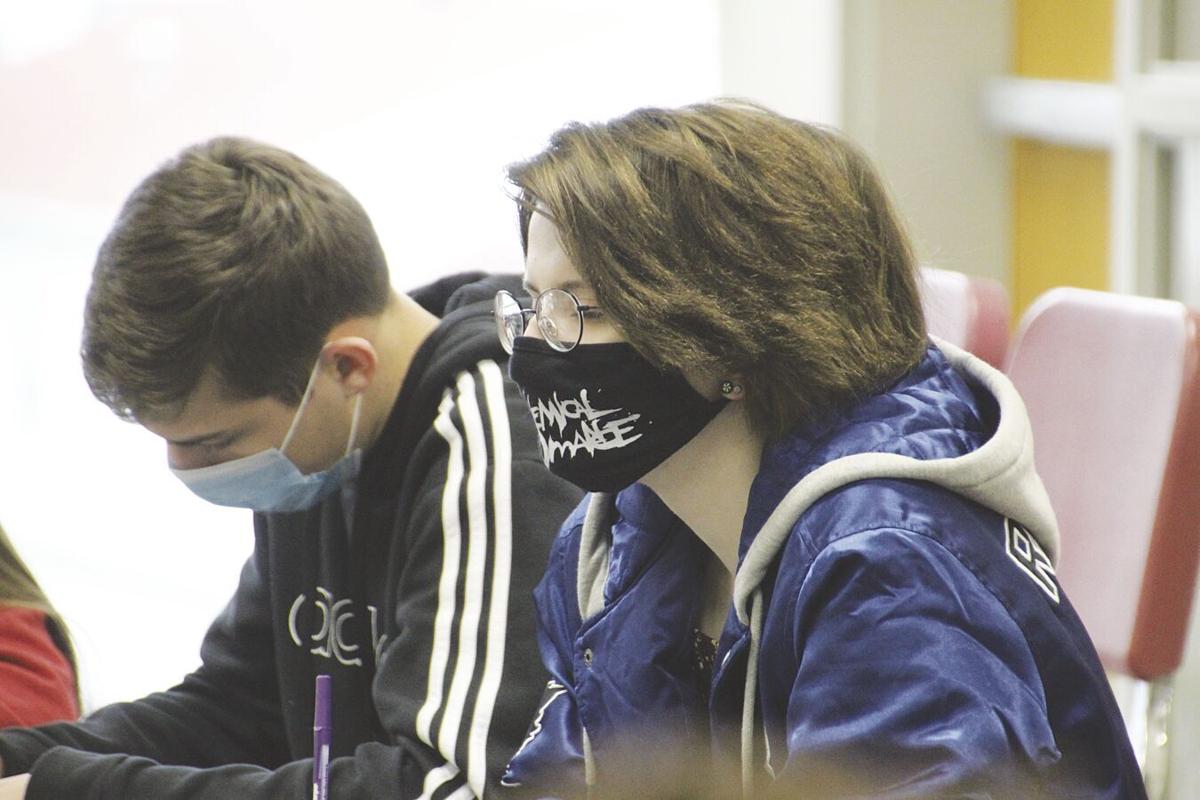 Mark Pyatak (left) looks down while Mallory Logan (right) looks on during the SCC Academic Meet at CHS this past Wednesday. 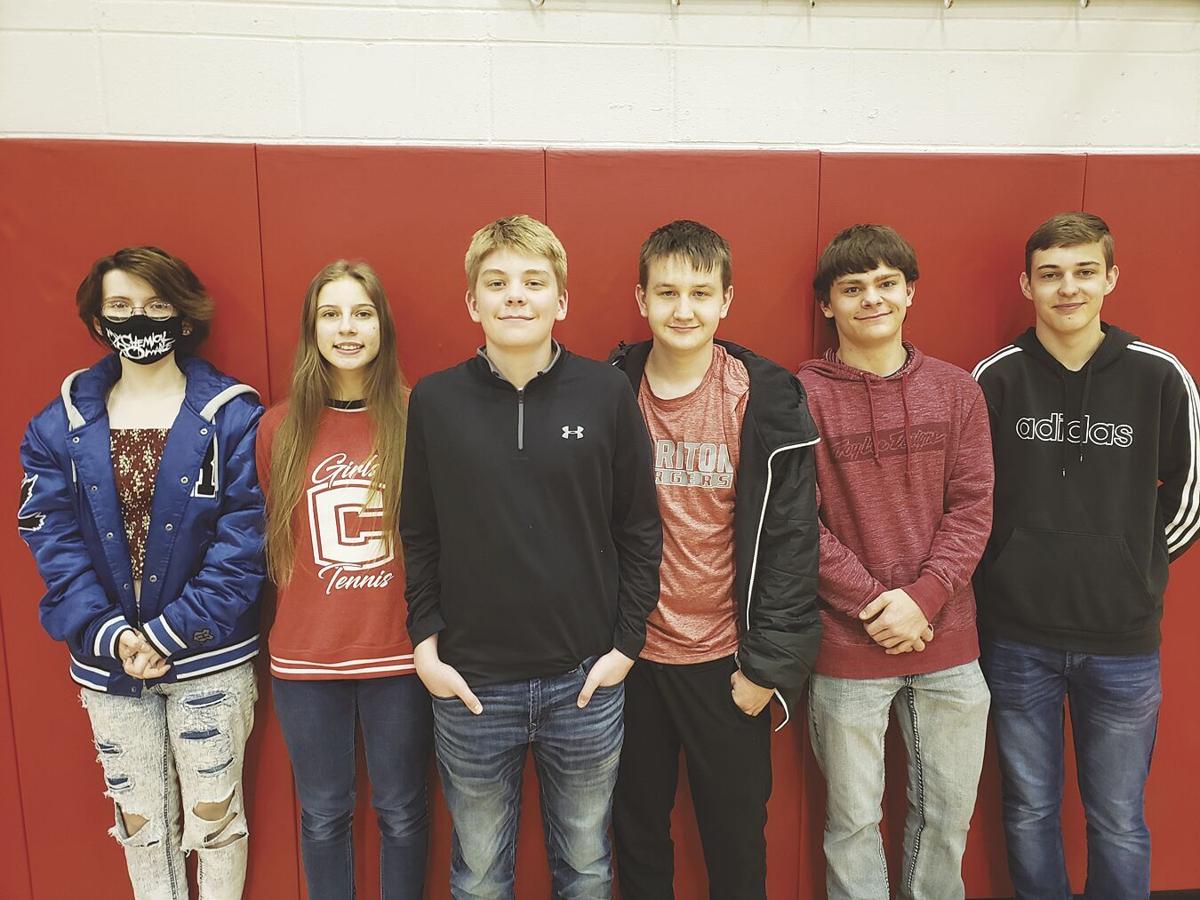 Aiden Burbridge (left) and Mitch Swarthout (right) listen to a question during the South Central Conference Academic Meet at Chariton High School this past Wednesday.

Dicen Blum (left) and Ulyana Kutsel (right) work together during the SCC Academic Meet at Chariton High School this past Wednesday.

Mark Pyatak (left) looks down while Mallory Logan (right) looks on during the SCC Academic Meet at CHS this past Wednesday.

All South Central Conference schools met at Chariton High School for the 2021 SCC Academic Team Championships this past Wednesday, March 24. Chariton’s team tied for second place overall with Clarke with a 4-2 record.

Davis County won the SCC Academic Meet with a 6-0 record. Each team played a round-robin schedule of six games with the team’s final record determining their finish in the meet. Clarke did defeat Chariton in their head to head match, which would’ve given Clarke a tiebreaker over Chariton. There were seven teams competing including one from each school.

In the first match of the day Chariton fell to Clarke by a score of 155-95. Chariton fell behind early and was never really able to catch up. Chariton was led in scoring by Kutsel with 20 points. Blum, Pyatak, and Logan each added 10 points.

Ossoff reacts after Will Smith production pulled from Georgia

In round two Chariton defeated Centerville by a score of 310-60. This was Chariton’s best round of the day and by far the biggest scoring match of the day. Kutsel was fantastic in leading the Chargers with 50 points and Swarthout adding 40 points. Pyatak helped with 30 points and Logan chipped in 20 points. With a record of 1-1 Chariton had a bye in round three.

Chariton faced Eddyville-Blakesburg-Fremont in Round four and earned a hard fought 180-115 victory. Pyatak was superb with 30 points. Kutsel and Swarthout each scored 20 points. Logan chipped in 10 points.

In round five Chariton defeated Knoxville in a super tight match by a score of 125-105. Pyatak again led the Chargers with 30 points. Kutsel chipped in 20 points. Logan and Burbridge each added 10 points. With a record of three wins and one loss the Chargers were tied for second place and next up for them were the undefeated Davis County Mustangs.

In round six the Chargers met the Davis County Mustangs and found out why they were undefeated. Davis County defeated Chariton by the score of 190-70. Swarthout led the Chargers with 20 points and Kutsel Chipped in 10 points.

In the final match of round robin play Chariton got off to a fast start to take the lead at half, and finished the tournament with a 245-160 victory over Albia. This was a very high scoring match with Albia making it close in the second half before Chariton was able to pull away. Blum got hot in the last match of the day and scored 40 points. Pyatak pitched in with 20 points. This was a great team effort as all members scored at least 10 points.

Chariton Team Coach Tim Curnutte said, “Our students competed well today and I am proud that Chariton was able to tie for second place. Davis County was the dominant team today and no school really challenged them to a close match.”

“I would really like to thank and congratulate Seniors Dicen Blum, Ulyana Kutsel, and Mark Pyatak for their leadership and success for multiple years. We will miss their leadership next year, but that only means there are opportunities for other students to take on leadership roles. We will really miss Mark’s math skills in competitions and Ulyana’s wide range of knowledge in matches,” Coach Curnutte added.