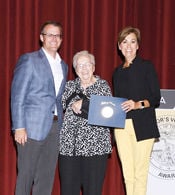 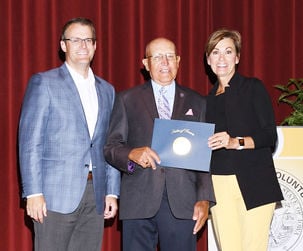 Jim Wright of Russell and Mary Stierwalt or Chariton each received a Governor’s Volunteer Award from Governor Kim Reynolds and Lt. Governor Adam Gregg during a special recognition ceremony held recently in Ottumwa.

More than 540 awards were presented this year during ceremonies held at several locations around the state. It is estimated that more than 27,000 hours of service, with an economic impact of more than $693,000, were contributed by this year’s honorees during the past 12 months.

Read the December 24, 2019 edition of the Chariton Leader for the rest of the story.