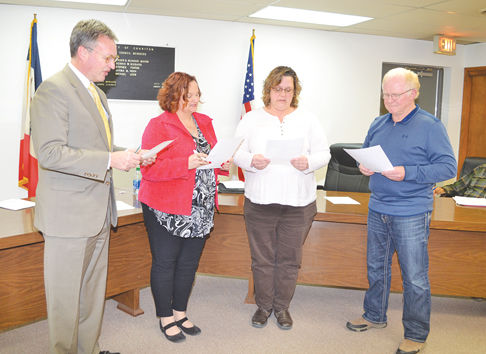 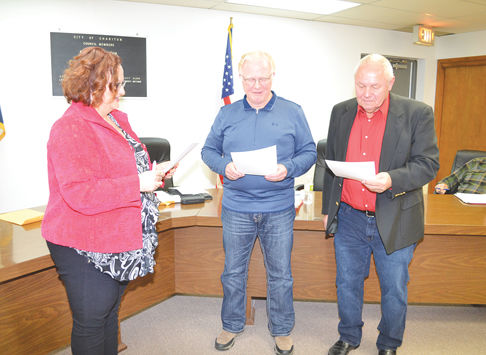 The City of Chariton has a new mayor as Denny Bisgard was elected as the town’s next mayor at Monday night’s city council meeting. Former Mayor Roger Manser nominated Bisgard to be the new mayor, which was approved by the council. Manser served as Chariton mayor for the last 10 years.

The council also approved a nomination for Manser to now serve as Mayor Pro Tem. Following these nominations, both Bisgard and Manser were administered the oath of office to serve as mayor and mayor pro tem.

After this the council approved for Laura Liegois to retain her office as Chariton City Manager, for Christy Metzger to remain City Clerk/Treasurer and for Verle Norris to remain as the Chariton City Attorney. Following this Liegois, Metzger and Norris each took their oath of offices as well.

After the oaths of offices were administered, Manser spoke briefly about his time as mayor.

“To everyone, it has been a pleasure serving as mayor for the last 10 years. I’ve been there for quite a while and I would like to step back,” Manser said.

Bisgard reflected on how long previous recent mayors have served, saying that John Braida served as mayor for about 10 years and Mary Stierwalt was mayor for seven years.

Read the January 9, 2020 edition of the Chariton Herald-Patriot for the rest of the story.